Arc Hydro is an ArcGIS-based system geared to support water resources applications. It consists of two key components:
 Arc Hydro Data Model
 Arc Hydro Tools
These two components, together with the generic programming framework, provide a basic database design and a set of tools that facilitate the analyses often performed in the water resources area. Arc Hydro is intended to provide the initial functionality that can then be expanded by adding to it database structures and functions required by a specific task or application.

The Arc Hydro tools operate in the ArcGIS environment. Some of the functions require the Spatial Analyst extension. The majority of the tools are accessed through the Arc Hydro Tools toolbar, where they are grouped by functionality into six menus and nine tools. Additional tools have been developed in the geoprocessing environment and are available in the Arc Hydro Tools toolbox that can be used both in ArcMap and in ArcCatalog. 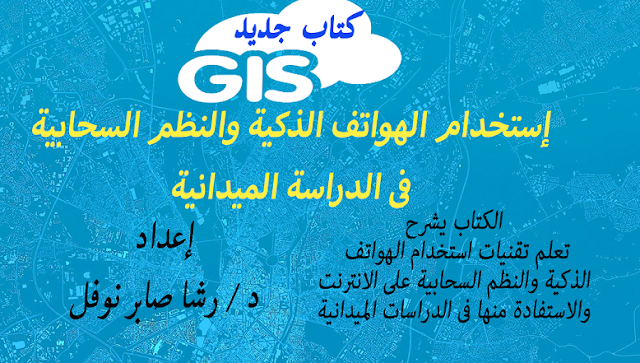 Anyone can build apps on the ArcGIS Platform.

You don’t have to be a software developer to build valuable geo-enabled apps that make your communities smarter and businesses more successful. This course will show you how to combine location and narrative in one application to better communicate and broadcast your story, create custom web applications that solve problems in your community, and build powerful native applications for iOS and Android devices without touching a piece of code. If you are a developer, you’ll be interested in Esri’s APIs, SDKs, and the buzzing GeoDev community.

- Understand that geo-enablement means far more than just plotting dots on a map.
- Discover the collection of application templates anyone can configure as custom geo apps for storytelling and more.
- Test-drive Web AppBuilder and AppStudio to create custom geo apps without coding.

- Learn about the GeoDev community and the spectrum of resources Esri provides for software developers. 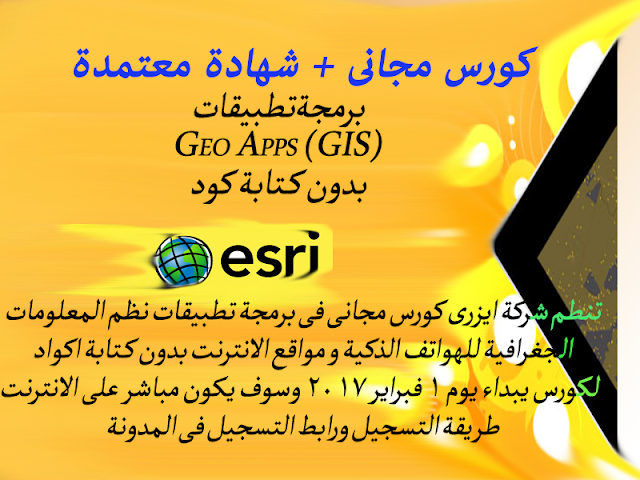 NO GPS, NO PROBLEM: NEXT-GENERATION NAVIGATION

NO GPS, NO PROBLEM: NEXT-GENERATION NAVIGATION

UC Riverside Team is developing a navigation system that uses existing cellular signals, not GPS, and will support autonomous vehicle development.
A team of researchers at the University of California, Riverside has developed a highly reliable and accurate navigation system that exploits existing environmental signals such as cellular and Wi-Fi, rather than the Global Positioning System (GPS). The technology can be used as a standalone alternative to GPS, or complement current GPS-based systems to enable highly reliable, consistent, and tamper-proof navigation. The technology could be used to develop navigation systems that meet the stringent requirements of fully autonomous vehicles, such as driverless cars and unmanned drones. 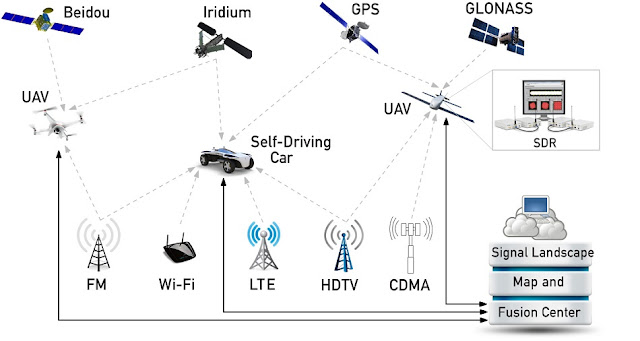 Most navigation systems in cars and portable electronics use the space-based Global Navigation Satellite System (GNSS), which includes the U.S. system GPS, Russian system GLONASS, European system Galileo, and Chinese system Beidou. For precision technologies, such as aerospace and missiles, navigation systems typically combine GPS with a high-quality on-board Inertial Navigation System (INS), which delivers a high level of short-term accuracy but eventually drifts when it loses touch with external signals.
Despite advances in this technology, current GPS/INS systems will not meet the demands of future autonomous vehicles for several reasons: First, GPS signals alone are extremely weak and unusable in certain environments like deep canyons; second, GPS signals are susceptible to intentional and unintentional jamming and interference; and third, civilian GPS signals are unencrypted, unauthenticated, and specified in publicly available documents, making them spoofable (i.e., hackable). Current trends in autonomous vehicle navigation systems therefore rely not only on GPS/INS, but a suite of other sensor-based technologies such as cameras, lasers, and sonar.
“By adding more and more sensors, researchers are throwing ‘everything but the kitchen sink’ to prepare autonomous vehicle navigation systems for the inevitable scenario that GPS signals become unavailable. We took a different approach, which is to exploit signals that are already out there in the environment,” Kassas said.
Instead of adding more internal sensors, Kassas and his team in UCR’s Autonomous Systems Perception, Intelligence, and Navigation (ASPIN) Laboratory have been developing autonomous vehicles that could tap into the hundreds of signals around us at any point in time, like cellular, radio, television, Wi-Fi, and other satellite signals.
ليست هناك تعليقات: 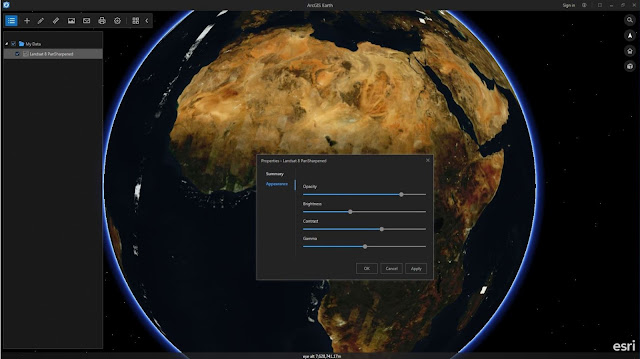 ArcGIS Earth continues to provide a simple and easy way for enterprise users to visualize and collaborate around 3D and 2D data.
ArcGIS Earth 1.3 contains several configuration and personalization enhancements and additional new features including vertical exaggeration and image controls.
Also in the 1.3 release are important updates to maintain your current connection to ArcGIS Online basemaps.
This prepares ArcGIS Earth for the upcoming update to ArcGIS Online and the amazing basemap collection.
Try out the new features of ArcGIS Earth 1.3 available for download her